After the interview, [M], [A], and I went to check out the AniRevo Idol Festival. Because we were late in getting to the festival the only seats we could find were near the back. Still, between the great dancing of the idols on stage and energy of the wota cheering them on, it was hard not to be excited about each performance. Unfortunately, we couldn’t stay long because [A] needed to sign up for both of the Smash Bros. tournaments in the vendor hall. 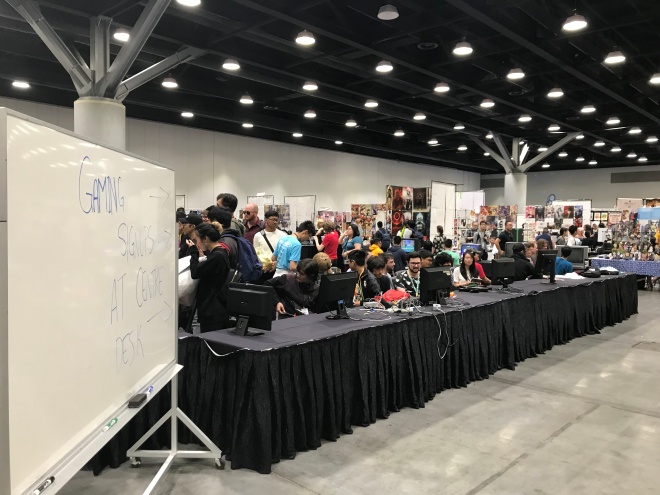 While he was off registering, [M] and I decided it would be a good time for lunch. We quickly grabbed lunch at the food court across the street, and then made sure to bring back some food for [A] as well since he would be stuck at the vendor hall for a long time.

After passing his lunch over to [A], we continued to explore the con between panels. We took pictures with some great cosplayers, and I’ve got to admit that there were a lot of really good cosplays. One of my personal favorites from the ones we got a picture of being a really detailed Rathalos armor hunter with a sword and shield from Monster Hunter. 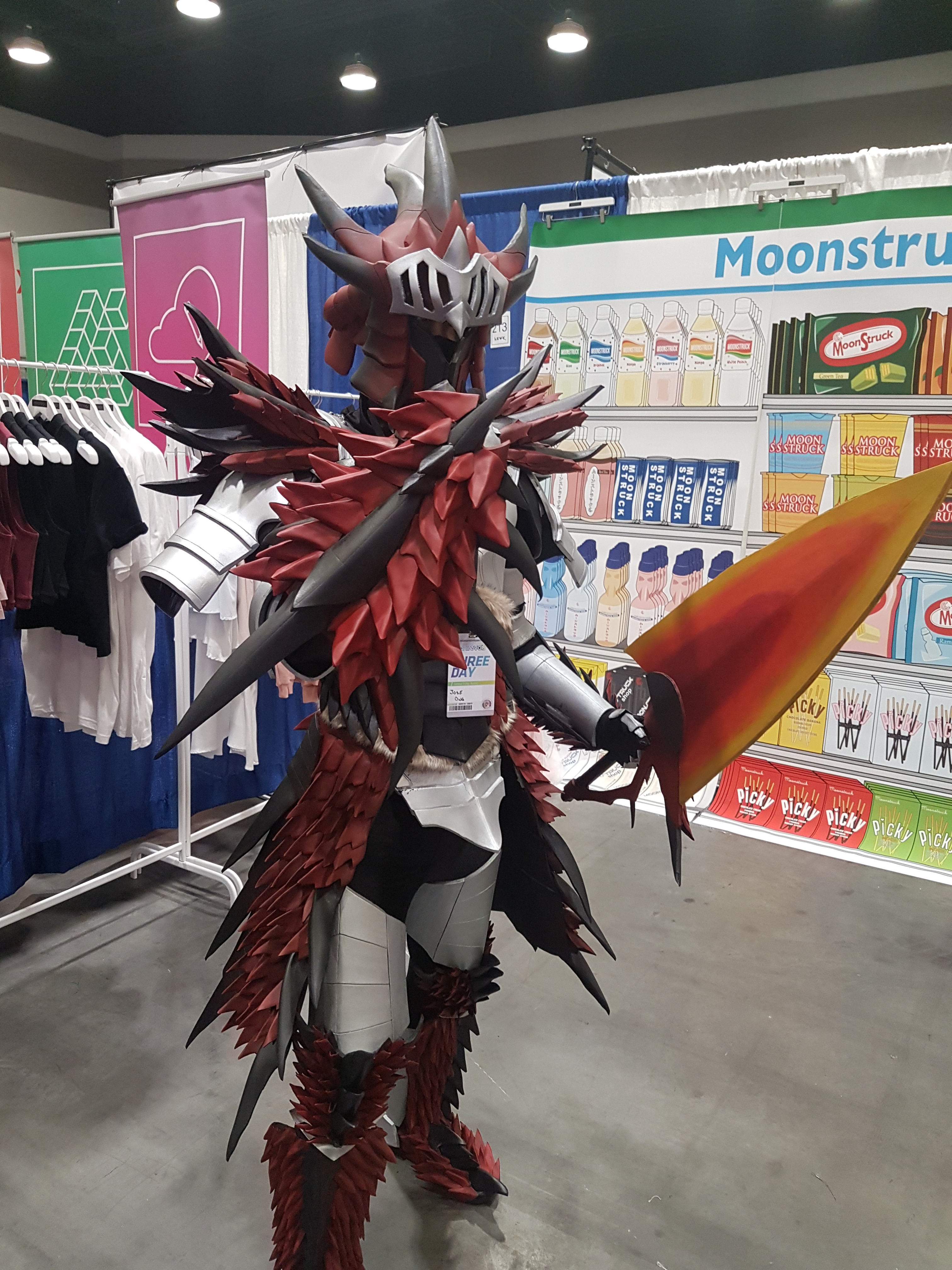 The temptation of the vendor hall did become too much for us that day and we did eventually break down and buy quite a fair bit of items. We mostly bought art prints, but I did buy a very well-tailored expedition corps’s cloak from Shingeki no Kyojin.

As for panels and other events, we mostly hung around the blue stage and watched the various shows there, while cheering on [A] in the tournament. We did make a stop at the foam sword tournament though, and as usual, it was as always very amusing. However the most important panel we went too that afternoon was the Rinne Live Recording, featuring both the sound director for the show and the con’s four Japanese voice actor guests. Once again Takadera-san showed up to head the event, explaining the process of recording with the voice actors (with help from AniRevo’s translator) and coaching the VAs for the 2nd more refined recording attempt. After the recording was complete there was a giveaway, but more importantly, we ended the event with an entire auditorium singing happy birthday to Hitomi Nabatame. It was a great way to end, in my opinion, one of the highlight events of the con. 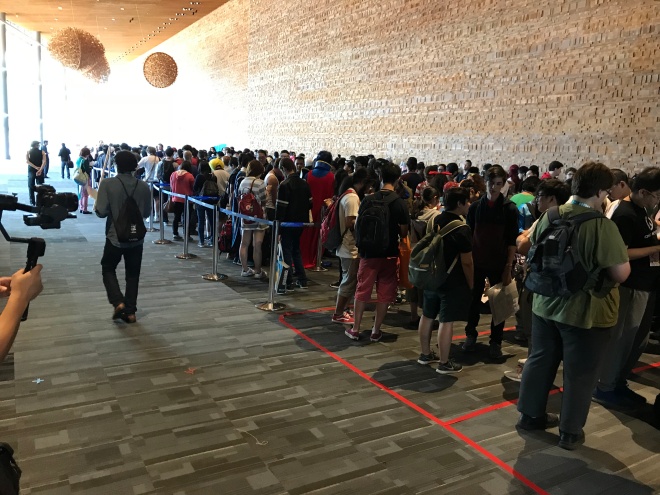 [M] and I didn’t have much time to savor the moment or rest after the end of the show though. We had to prepare for an interview with the day’s star Hitomi Nabatame soon afterward. You can find our short interview here.

After our interview, we reunited with [A] and decided what to do next. Since we attended the swimsuit contest last year, we figured we’d skip the event this year and try one of the other panels that were running at the same time. With that said I do recommend anyone who attends AniRevo to go to the swimsuit contest. It’s typically been great fun, and not as you would expect the first time you walk in. 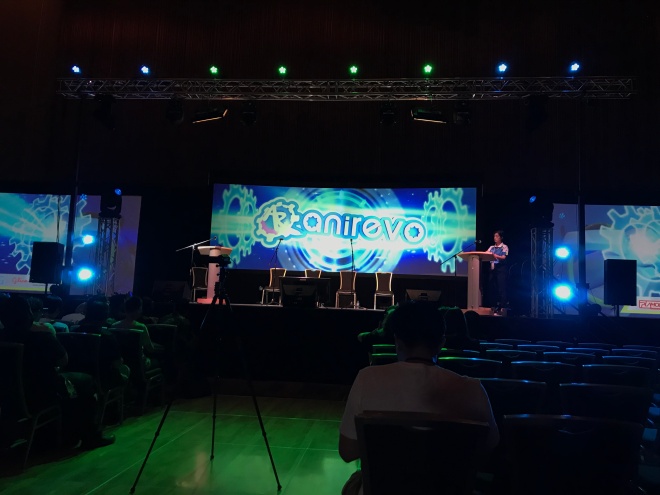 Having decided we were going to skip the swimsuit contest meant that we had time to find a nice sit-down restaurant to eat at. It didn’t take us long to find a restaurant. Just two blocks away from the convention center is a pub called Elephant & Castle with decent prices and good food.

Returning to the con, we made it back just in time for the start of the Batsu games(punishment games), featuring the Toki Meki Maid Café girls. Between the loud cheers of the crowd for their favorite girls, and the sometimes comical punishments and games, it was hard not to enjoy the event. Hell, the crowd even managed to get the MC of the Batsu games to join in the final game alongside a crowd team, with predictably hilarious results. Overall it was a great final event for us who weren’t too interested in going to any of the later night 18+ events.