For context, this an interview with had with a guest at Anime Revolution 2018. This interview was done in a group setting with other media outlets. The original is from transcripts we have written down and the translation was provided by Anime Revolution’s translator. We have only made some changes from our shorthand or for clarity sake. 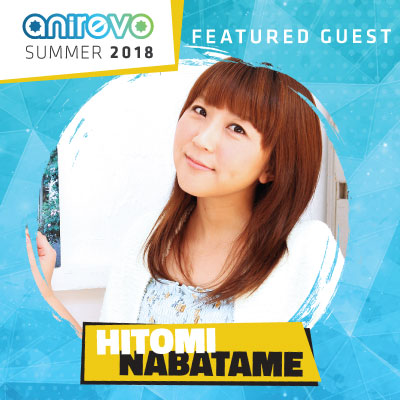 EnzoEspada[E]: Hello, thank you for taking the time to have an interview with us. Before we begin we’d like to wish you a happy birthday

[M]: Welcome to Vancouver, how are you enjoying your stay so far?

[N]: I went out for a walk this morning, the weather was nice, it was easy to walk around, and the views were beautiful, so it’s really nice to be here

[M]: Could you walk us through your daily routine at work?

[N]: If it’s an anime usually I have to 10AM-3PM booked for one anime, and maybe around 4PM-8PM for another. So I can usually take two anime in one day. But if it’s a dub for like a movie or something, if I go in at 10AM it can extend to nighttime.

[M]: You’ve had a long successful career in Anime, is there a role you’ve found to be the most interesting or challenging?

[N]: I feel like throughout this long career that every time I encounter a wall or encounter something that blocks my path, I get a character that helps me overcome it. So in that sense, there is many.

[M]: You’ve had appearances in anime and games, are there differences in preparing for a role in either one?

[N]: The general big difference would be that in anime comes record all at once, and in-game it will just be me in the recording booth.

[E]: How have you felt your voice acting has evolved over the years?

[N]: At first, because I wasn’t used to it yet I put a lot of effort into everything I did.  But as I got used to the process and the work it entailed I started to focus more on how I can give life to the characters in the world of the anime. So I try to think about how my character would see the world and how they interact with their peers.

[E]: One of your roles that this convention is highlighting is your role as Rokumon in Rinne. Considering that it is a non-human and male role, did your approach have to change or did you run into any difficulties playing him?

[N]: So you may have heard in the live recording we did earlier, I have to make a difference between Rokumon’s monster-cat form and his usual form and so I try to make that difference very easy to hear. At the same time, Rokumon is also very crafty in a way. And even though he is crafty, I have to make sure that he’s not crafty in a bad way and that it’s in a good way so that he is still lovable.

[E}: That was actually our last question for the day. Thank you for your time.